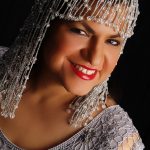 My story as a songwriter

I was middle-age woman who had buried my dream of being a singer/songwriter. I went on got married and had a child. Being in a marriage that didn’t validate my self-esteem I was lost and not even sure what I was looking for. I even had stopped composing music altogether, My counselor job brought me warm fuzzies but something was missing.  I had turn to my hobby of astrologer, and palm reading but even that stopped after awhile.    After many years of living in apartments I brought a house and starting attending church.   After taking Brain Gym 101 course I said

a beautiful prayer for God to take charge and He did.

Later after winning various music awards I became a licensed Brain Gym consultant in 2008 and had started being a psychic again.